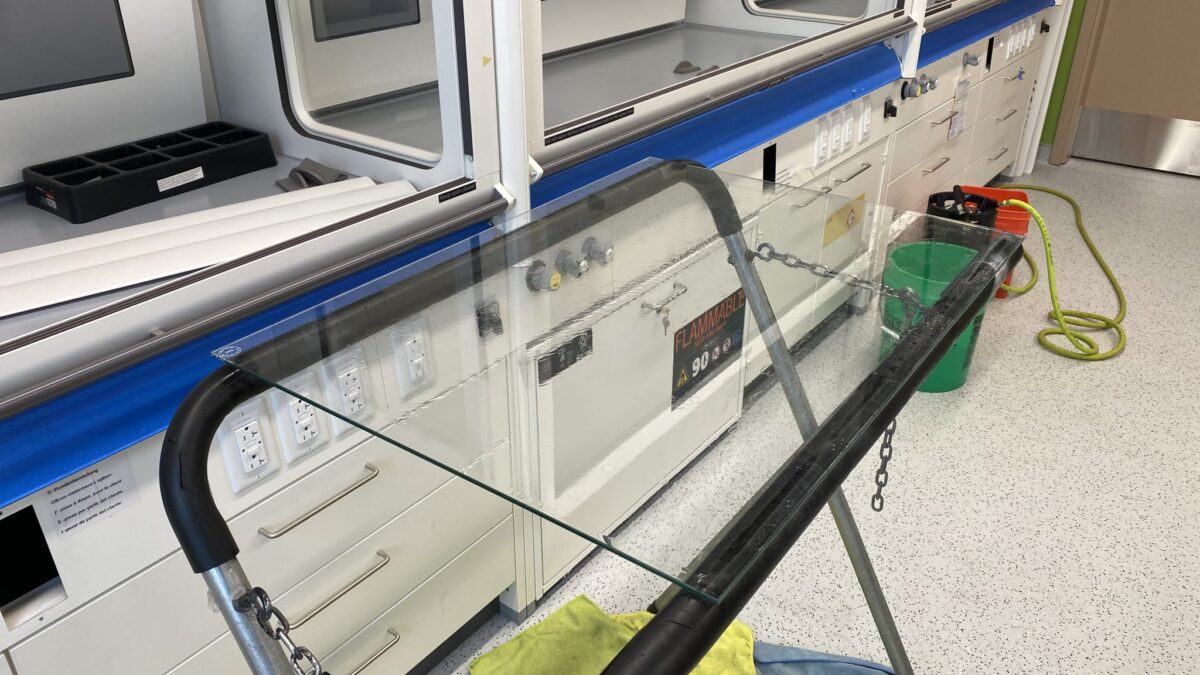 While our window tint already protects against would-be intruders and broken glass, we’re working to make the film even stronger and safer for businesses, schools, and homes. So, we’ve partnered with Purdue to blast test our 13 mil (millimeter) security window film.

What is security window film?

Security film is a thin but strong layer of plastic that attaches to the inside of windows for a protective bond. It’s available in various thicknesses, but we’ve chosen to create and test 13 mil film, one of the thickest security films available.

While glass normally breaks easily if a baseball bat or brick hits it, a window with security film holds all of the glass together. This can help you prevent flying shards of glass AND slow down an intruder — and that delay will probably deter them from breaking in.

How are we testing the film?

First, we tint security windows from edge to edge. Once each window cures in its frame, the team blast-tests the film in Purdue’s CL4 Lab with 10 grams of primer at a time.

The window will most likely break, but if the film is strong enough, the blast won’t be able to get through or make dangerous shards of glass. That means a person or object will have a tough time entering a store, school, home, or another building with security window film.

Why are we testing the film?

Not only can security window film prevent robberies; it can also protect your students, employees, or loved ones from dangerous criminals and flying glass.

We’re testing our 13 mil security film to help you (and the people you care about) stay safe on the other side of the windows in the event of a break-in or another emergency.

Whether you run a store, work for a school, or own a home installing security window film is a smart choice. You’ll be able to prevent break-ins, protect your employees or students, and keep glass from shattering.

We’re excited to be working with Purdue and testing security window film for optimal protection for schools, businesses, and homes. Stay tuned for more information about our security film testing! We’re hoping to share some pretty crazy videos!

Premier’s mission is to create happiness through professional detailing, and our purpose is to exhibit a philosophy of servanthood! If you have any questions, feel free to contact us or visit our website. Don’t forget to check us out on Facebook, Twitter, and Instagram as well!

Previous Next
Close
Test Caption
Test Description goes like this